Ahead of their concert tour to Guangzhou and Hong Kong, the Singapore National Youth Orchestra (SNYO) will present their tour programme this December at the Esplanade.

Conducted by SNYO Principal Guest Conductor Peter Stark, the concert will open with the world premiere performance of young Singaporean composer Lee Jia Yi’s Bloom for orchestra, newly commissioned by the SNYO. The programme will also feature Elgar’s signature Enigma Variations, alongside Arutiunian’s thrilling trumpet concerto. Tipped the most popular trumpet concerto of the 20th century, it will be performed by world-renowned trumpeter Pacho Flores, a Deutsche Grammophon artiste.

Pacho Flores, who was trained in the ground-breaking Venezuelan System of Youth and Children Orchestras (El Sistema), has received top recognition for his versatile performances, recitals, and recordings as a soloist. He has held the Leading Trumpet position in the Simón Bolívar Symphony Orchestra of Venezuela, Saito Kinen Orchestra from Japan, and the Symphony Orchestra of Miami, under the musical direction of Maestros like Claudio Abbado, Sir Simon Rattle, Seiji Ozawa, Giuseppe Sinopoli, Rafael Frübeck of Burgos, Eduardo Marturet, and Gustavo Dudamel including many others. Pacho is the Founding Director of the Latin-American Trumpet Academy in Venezuela where he fosters a promising generation of young talents, and is a Deutsche Grammophon exclusive artist.

Peter Stark is a Professor of Conducting at London's Royal College of Music, Rehearsal Director to the European Union Youth Orchestra, and has taught nearly six hundred private students. He has performed with a number of the world’s leading ensembles such as the London Symphony Orchestra, The Hallé, Bournemouth Symphony Orchestra, English Chamber Orchestra, Orchestra of the Age of Enlightenment and the Malaysian Philharmonic Orchestra. In addition to his work in RCM and EUYO, Peter has conducted youth orchestras from the Hertfordshire County to Australia and Japan. He is the Principal Conductor of the Arabian Youth Orchestra and Principal Guest Conductor of the Singapore National Youth Orchestra. In 2019, he will takes up an appointment as Special Term Professor to the Zhejiang Conservatory in Hangzhou, China. 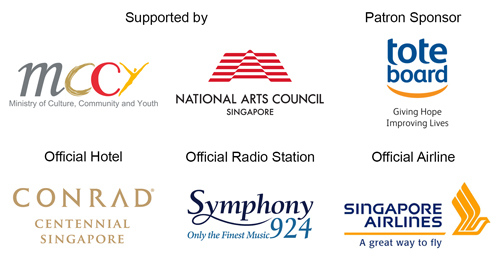 Please contact the Media Officer for photographs and interviews.